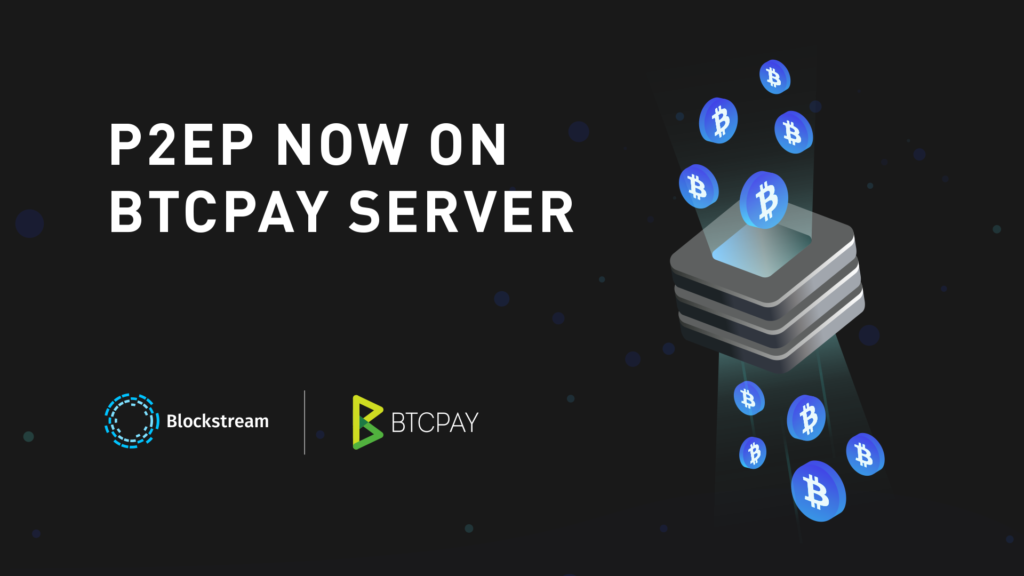 Our beloved Bitcoin payment processor BTCPay Server has added support for Pay to Endpoint (P2EP), which came from a result of a workshop organized by Blockstream.

As Blockstream explains on their website, P2EP, aka PayJoin (but please do not use this term), is a special type of Coin Join, a method for combining multiple bitcoin payments into a single transaction so to better preserve one’s privacy. “P2EP transactions are special in that both the sender and the receiver of the payment coordinate to build the bitcoin transaction,” says Blockstream. “Unlike a regular bitcoin transaction, where only the sender spends from their wallet, a P2EP transaction packages up inputs from both the sender and the receiver, with the receiver sending extra bitcoins to themselves.” It also comes with P2EP-enabled wallets.

“A lot of time had passed with little progress on P2EP adoption as a common standard,” says Samson Mow, Blockstream’s Chief Strategy Officer (CSO), “so we decided to jumpstart it with the BTCPay Server team.” Mow’s strategy, he says, was to “create a pool of anchor tenants for BlockstreamGreen & other light wallet users to transact with.”

When using this tech, both the sender’s and the receiver’s wallets must be online, and it also requires a receiver hot wallet. There are, however, no ‘fingerprints’ left behind and this transaction will look like any ordinary BTC transaction, but with enabled two-way privacy.

Their goal is to establish P2EP as a common standard across wallets and Bitcoin services.